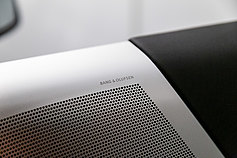 Get in touch with OUR SALES STAFF FOR THE Aston Martin DBS.

The Aston Martin DBS is a high performance grand tourer based on the DB9 and manufactured by the British luxury automobile manufacturer Aston Martin. They have used the DBS name once before on their 1967â€“72 grand tourer coupÃ©. The modern car replaced the 2004 Vanquish S as the flagship of the marque. The DBS ended production in 2012 and was succeeded by the second-generation of the Vanquish. The DBS was officially unveiled at the 2007 Pebble Beach Concours d'Elegance on 16 August 2007, which featured a brand new exterior colour (graphite grey with a blue tint) which has been dubbed "Lightning Silver", followed by 2007 Frankfurt motor show. The DBS is equipped with Aston Martin's 5.9-litre AM11 V12 engine with four valves per cylinder.[16] The same engine is also used in the DBR9 and DBRS9 racing cars albeit with extensive modifications. The engine of the DBS has a power output of 517Â PS (380Â kW; 510Â hp) at 6,500 rpm and 570Â Nâ‹…m (420Â lbâ‹…ft) of torque at 5,750 rpm with a compression ratio of 10.9:1. The engine also includes an active bypass valve which above 5,500 rpm opens and lets more air into the engine resulting in increased performance and propels the car from 0 to 100Â km/h (62Â mph) in 4.3 seconds and has a maximum speed of 307Â km/h (191Â mph) and 295Â km/h (183Â mph) with Touchtronic II transmission. In 2007, the British motoring show Top Gear sent the DBS around their Top Gear test track with a lap time of 1:23.9; 3.2 seconds faster than its predecessor, the Vanquish S and a second faster than the comparable Bentley Continental GT Supersports. The DBS uses the VH Generation II platform, which provides strength and rigidity to the whole car. Thanks to the structure, 85% of the weight of the car is kept between the wheelbase, which results in increased handling, responsiveness and feel during tight cornering.

Aston Martin has also developed an Adaptive Damping System, or ADS, which alters the suspension in order for the car to cope with the driver's desired driving mode according to the road/weather conditions. When turned on, the ADS automatically alters the suspension settings to ensure the driver has high levels of control at all times. Apart from the suspension getting stiffer, throttle and braking response is increased and steering is sharpened. The DBS is fitted with Pirelli P-Zero tyres developed especially for the car, along with lightweight, aluminium 20-inch wheels. To keep the weight as low as possible, Aston Martin made extensive use of carbon fibre throughout the whole car. The bonnet, the boot, the front wings, the door opening surrounds and the boot compartment are all made of carbon fibre. The carpets are also made by special thin layers made from carbon fibre. The roof and the doors are made of aluminium. The result is a 30Â kg (66Â lb) weight reduction as compared to the DB9. The car is also fitted with a carbon fibre splitter at the front wings to increase handling and a carbon fibre rear diffuser to increase high-speed stability.The brake discs are carbon ceramic, which shaves a significant 12.5Â kg (28Â lb) from the unsprung weight. At the front, there are 398Â mm (15.7Â in) ventilated and drilled brakes with 6-piston alloy monobloc calipers. At the back, there are 360Â mm (14.2Â in) ventilated and drilled brakes with 4-piston alloy monobloc calipers.

The vehicle offered here was delivered to its first owner in March 2009 and on March 24th. on this, who exhibited the car in his collection for the next 10 years, along with a total of almost 40 other Aston Martins. Today this vehicle is still in absolute new car condition and is handed over by us including a large customer service. For detailed questions, please contact our sales staff at any time.